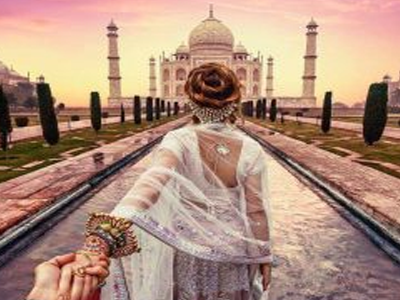 Welcome to the capital of India.Delhi is a modern vibrant metropolis where historical events are captured in its majestic ancient monuments and ruins.The 5000yr old history of Delhi began with the creation of Indraprastha,the kingdom of the Pandavas,and thereafter has served as a capital of various kingdoms and empires.The city has been captured, ransacked and rebuilt several times , Siri, Tuglaqabad,  Shahjahanabad to name a few,and finally New Delhi(all different names of the same city).

Back to your hotel.

Overnight in Delhi at your hotel, well known for its warm hospitality and excellent service.

Hotels:- The Visaya/ or similar
Meals:-  Breakfast and Dinner

Post breakfast 7.30AM:Your driver will pick you from your Delhi hotel and drive you to the historical city of Agra,the capital of the Mughal empire( 3.5 – 4 hrs journey).Upon arrival in Agra you will check into your hotel ,known for its warm hospitality.

Your tour of Agra includes:

Dinner and overnight at hotel.

8AM Start for an amazing experience of Jaipur, the city of Royals:

1.Your first stop is Amber Fort (1592 AD).11km from the city this imposing fort was constructed by Raja Man Singh  The red sandstone and marble depict the blend of Hindu –Muslim architecture.The main entrance faces east and there are four courtyards with magnificent gates and cobbled floors.In one of the courtyards is the Diwan-i-am or hall for public audience.The Sheesh Mahal, which can only be viewed past a rope barrier, is  quite awesome. Other buildings are Sukh Mahal,Shila Devi and Ganesh temples.

5.India was the pioneer of astronomical studies and a visit to Jantar Mantar (1734 AD), A UNESCO World Heritage site shows you how.This awesome  collection of 19 architectural astronomical instruments leaves you bemused.It also has World’s largest stone sun dial.
6.The day ends with a visit to Hawa Mahal (1799 AD)or The Palace of Winds .Maharana Pratap Singh constructed this architectural marvel  in red and pink sand stone, an example of Rajput architechture.The Hawa Mahal has 953 windows and five floors.One has to climb up to the upper floors on slopes so as to ensure one does not slip.The royal women of the Rajput family used to view the happenings in the city from these windows.

Finally return to the hotel to enjoy  dinner and a good sleep.

After breakfast you will check out and depart for Delhi.

* Rates may change during fairs and festival time

* Tour-programme is subject to change depending upon circumstances

*Any monument entrance fees, camera fees
*Any services not mentioned in the inclusion list supplement